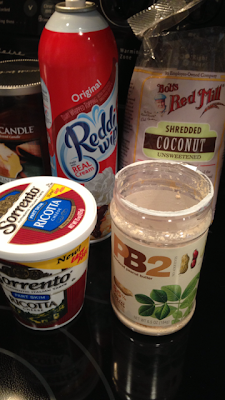 The other day my Mom had asked me to try this new dessert she had made; when I found out what was in it I said no way! One of the things it contained was ricotta cheese; I'm not a big fan of cheese at all, so when I heard this had cheese in it I thought there was no way it could taste good. I mustered up enough courage to try it and was reluctantly surprised out how delicious it was! Also, by no means am I one that likes to try new foods a whole lot, so if you're the same - don't worry, you'll like this!

There are ONLY 4 ingredients, 2 of which are optional...


It's super easy to put together, just throw a couple, 4-6, tablespoons of ricotta into a small bowl, throw in a tablespoon or two of PB2 and a pinch of shredded coconut and mix them in. Next just top it off with a little Reddi Whip to add a little more sweetness, and there you have it! The easiest and surprisingly good desserts to eat while watching your diet... try it out! 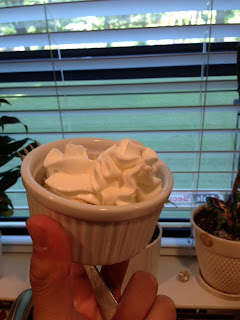 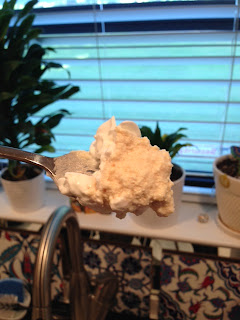 Posted by Jordan Cromeens at 7:28 PM