The Power of Supplementing with Aminos and The Recovery Benefits You'll Receive!

So you all have read the reviews of mine on various amino drinks, Amino Energy and Aminolast and know that I do like them, but if you were to ever ask me what the exact purpose of each and every amino acid was, and what roll they played in the body I wouldn't be able to tell you... What I would be able to tell you from my own experience though is that without a doubt supplementing with amino acids will help you recovery a lot faster! For about 2-3 months I was taking various amino drinks (the one's I've reviewed on here) before, after, and always during my workouts, but it wasn't until I stopped taking them that I truly realized their benefits and their power. 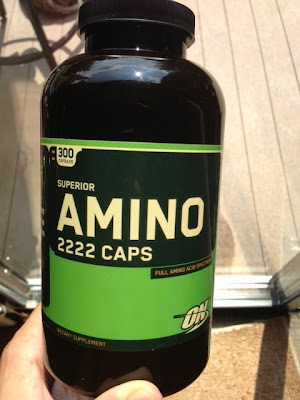 Sure if someone asked me why I would take them or why they were good I would tell them because they help aid in recovery, to prevent the breaking down of muscle tissue, and in the case of Optimum Nutrition's Amino Energy, for an extra boost due to the caffeine in it. Like I said though I didn't really think much of them other then as a tasty way to flavor my water with possible benefits to help recovery and they are cheap, win win... Well it has been about 6 weeks since I've taken any amino supplements, but it hasn't been until recently that I noticed ever since I stopped taking them that not only has my workout intensity dropped somewhat, but more importantly that I'm getting sore after workouts now. Especially when I train legs heavy, I'll be sore for 3-4 days after. 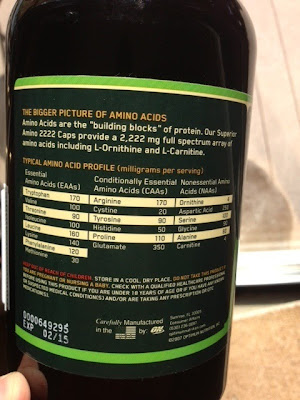 I never really thought anything of it, or saw the possible correlation between taking aminos and being sore until a couple of days ago I had two different clients tell me that when they don't take their Amino Energy they notice that they get sore for the next couple of days after a workout! Not only that but they also said they feel like they just don't have the same intensity when they're working out either, coincidence? I think not! So because of this I decided to try supping with amino acids again to see if taking them was what was preventing me from getting as sore after my workouts. I bought some Amino Capsules from Optimum Nutrition, the same maker of the great Amino Energy because sometimes I don't want to have to make a drink with the powder; with the caps you can just pop them before and after you workout! I have yet to try them, I'm waiting for my leg day to come up before I start using them again, but without a doubt I definitely think I'm going to find that I'm not as sore afterwards; I'll keep you all posted...

Now for those of you interested more about amino acids and their functions I found a great article by Ben Green, which goes on to explain exactly what they do without being boring and making you want to fall asleep while you're reading... Definitely take a look!

Posted by Jordan Cromeens at 12:51 PM