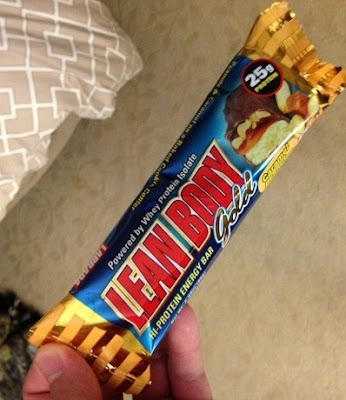 These just came out at my gym the other day and we've been running a buy one get one free promo on them since. So I of course hopped on the opportunity and bought a bunch because when you're in a hurry sometimes, it's hard to come by good calories that you can consume rather quickly and easily; and this is where the energy bar comes in! There are all kinds of bars out there, all different, all targeted toward different audiences with different goals. Generally I try to stay away from energy bars and protein bars alike just because they usually pair a bunch of fat and carbs, but sometimes it's better to put fuel in the tank than run on empty and right now since I'm trying to put on size I don't have to worry too much about calories or macronutrients. 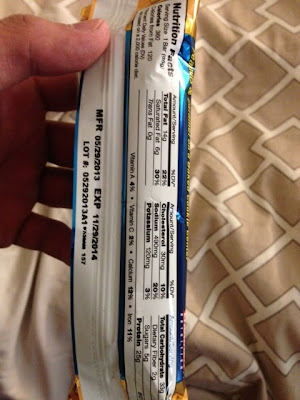 Now for the bars, we have three flavors, s'mores, pb&j, and caramel peanut which is by far the best one in my opinion. The caramel peanut one has 360 calories, 14g of fat 6 of which are sat. fat, 33g of carbs, and 25g of protein. Now depending on how serious you're dieting it's actually not that bad when you need a quick light meal or snack and you don't have a whole lot of time or options around. The carb content is a little high especially if you're on a lower carb diet, but at the same time you're getting a lot of calories with this bar. Even though it's a good bar, and I like Labrada Nutrition, don't let the name fool you; you aren't going to be getting a lean body eating these bars unless you're putting in some serious work at the gym and prepping your other meals. For the average person/gym goer these bars aren't a bad choice to use for a light meal replacement or a big snack in my opinion; just as long as you don't go overboard, no more than one a day.

Posted by Jordan Cromeens at 5:22 PM