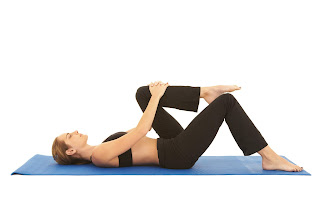 dynamic stretching. Static stretching is generally the most used and is basically when you hold a single, stationary, and isolated stretch for at least 30 seconds; for example a bent-over, straight leg hamstring stretch. What many people don’t know that there is right time to static stretch and a wrong time as well. There have been a lot of studies that show that static stretching, especially that of the legs, before exercise can actually decrease your force output; or simply put your lifts will be lower. The right time to static stretch is immediately after exercise to loosen and relieve the tension of the muscles you just put through work.


The only time when static stretching is in fact recommended before exercise is when you’re working on corrective exercise techniques to fix muscle imbalances, overactive muscles, and altered force-couple relationships; if you’ve done any of the NASM certs like the CPT or CES you’ll know what I’m talking about. Basically though lets say you or your client has a horrible squat form, which 9 times out of 10 most first timers do. During the eccentric movement of the squat they lean forward excessively, they have lower-crossed syndrome (excessive hyper extension of the lower back), and they almost always have all of their weight on their toes rather than their heels causing the knees to go over and way passed the toes putting a lot of dangerous tension onto the knees. 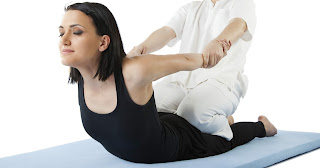 One of the prescriptions to try and fix this problem is to lengthen or stretch out the overactive or tight muscles causing the poor form and we do this through SMR or foam rolling and static stretching of the overactive muscle. So one of the reasons which cause a client to lean forward too much during a squat as well as be on their toes are due to tight hip flexors (groin area), and tight quadriceps (muscle group in the front of the thighs). So before exercise you’d static stretch these areas specifically to weaken so to speak the tight muscles allowing for the under-active muscles to get stimulation and grow stronger; in the case of a squat we’d stretch out the quads in hopes that we could get the hamstrings (muscle group behind the thigh) and glutes (butt muscles) to be stimulated and grow stronger and thus fixing the postural distortion and poor squat form.
When giving my new clients the overhead squat assessment and I see that they have some of these poor movement patterns and poor form, one of the things I have them do is to stretch out each quad 2 times for 30 seconds each and then try the squat assessment again, and almost always does their form improve drastically if not almost 100%. I too began to static stretch my quads before my leg days in the gym once I realized I didn't have the best of form, my knees would hover over and go beyond my toes at some points. I kid you not within two weeks my squat went up 50lbs, from 200 to 250lbs for 6 reps.


So for a brief summary hold off on the static stretching until after a workout session, unless you find that you have poor form with certain movements which can eventually lead to injury. If you don’t know what to look for ask a reputable trainer at your gym to give you a squat assessment, and ask him or her to tell you about any imbalances, distortions and poor form you might have and what you should do. I’ll go into other forms of stretching and foam rolling in another entry, until then if you’re struggling with your squat try static stretching out your quads and see if that helps!

Posted by Jordan Cromeens at 8:00 AM